VGOD Elite Series Mech Mod The dimensions of the outer packaging is also as high as the previous generation PRO series. The size of the box reached 18.1 cm x 13.5 cm x 7.5 cm.

VGOD products have traditionally been available in a series. The PRO series introduced in 2015 mainly includes PRO mechanical rod and PRO 150W box mod two products. The Elite series is printed on the front side of the package, and it seems that this year’s new series has been named Elite. The back may also be listed on an Elite box mod. 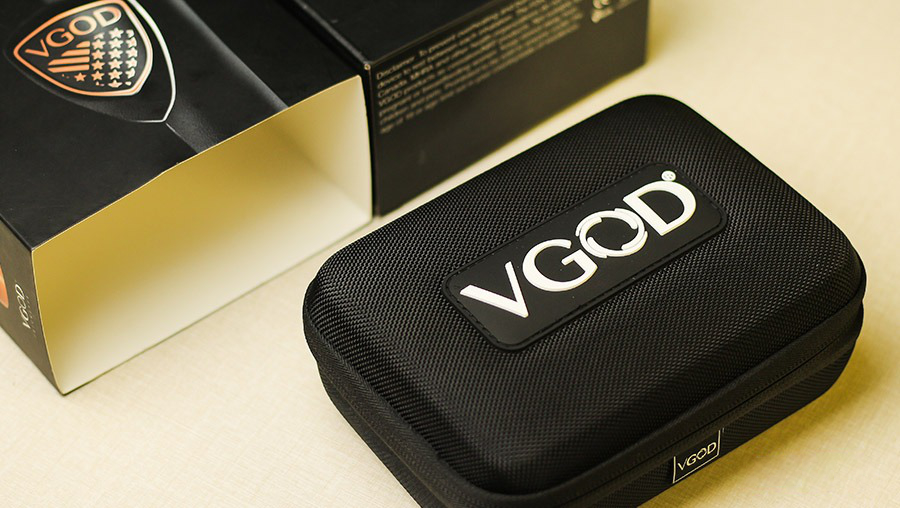 Open the bag inside VGOD is the traditional hard shell box packaging. Front, side and zipper head with VGOD logo. Large packaging to the user’s first impression is cost-effective. The table can also store equipment and accessories very practical. 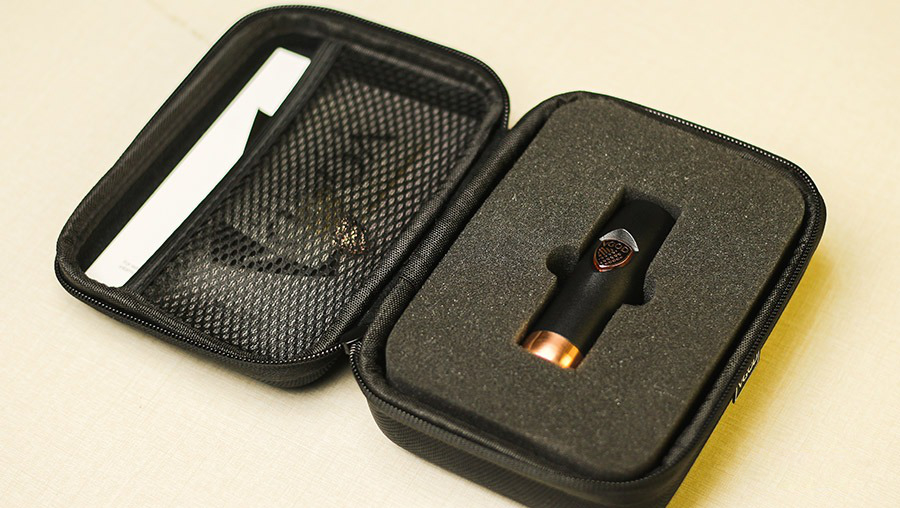 Open the top of the box with a brochure, a sticker, a spare spring and a shield shape VGOD Logo of the brooch. The VGOD Elite Series Mech Mod is placed in the bottom sponge of the box to protect the shaft from damage. 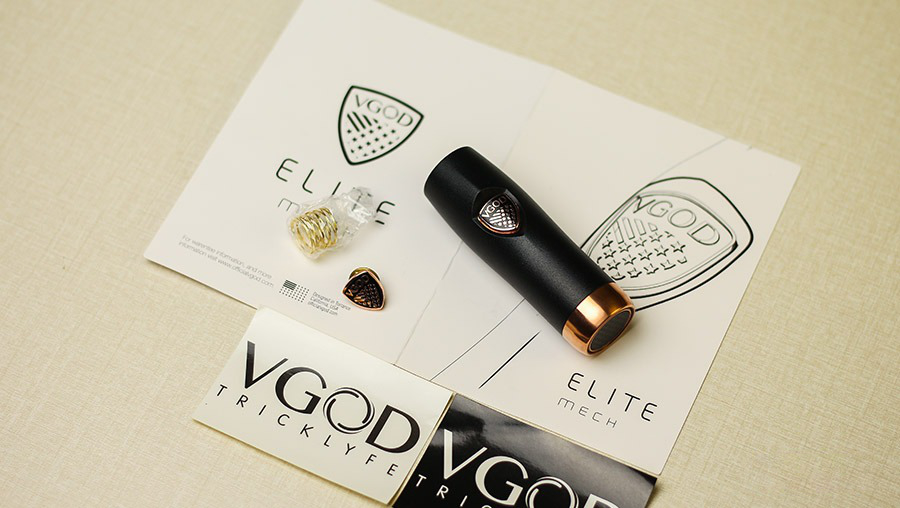 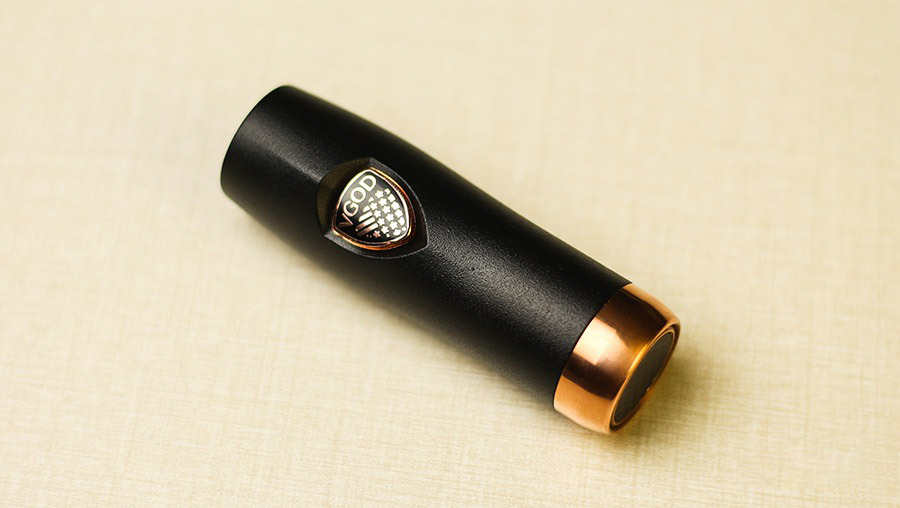 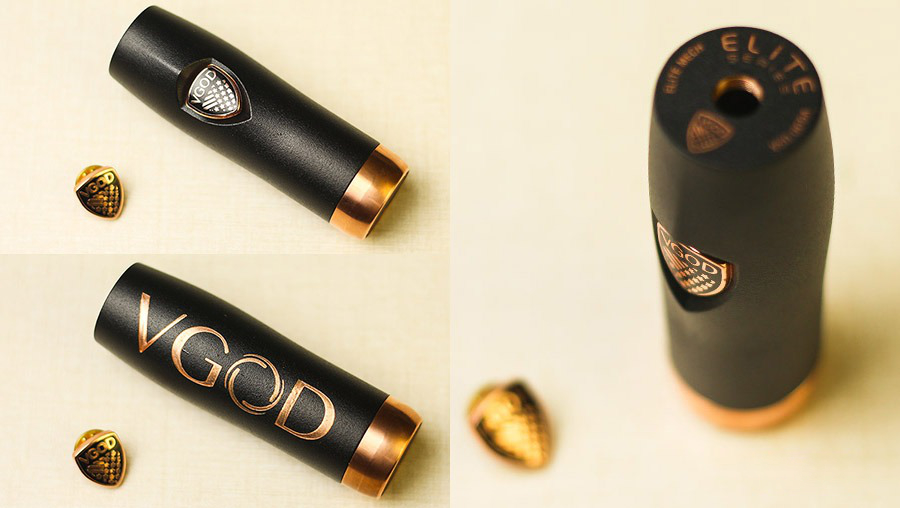 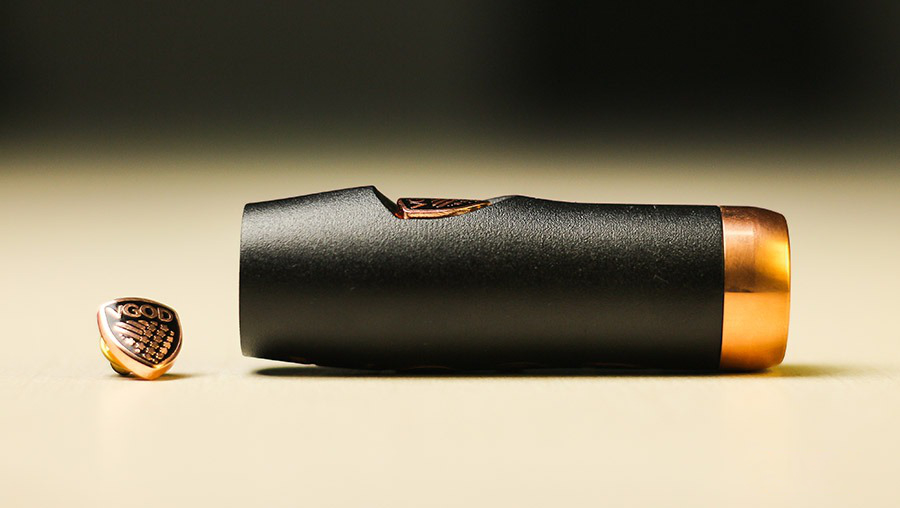 VGOD Elite Series Mech Mod Front with VGOD new version of the shield logo.
The back is still using the carved VGOD words through the shaft, the body to cancel the previous generation PRO Mech Mod as the pressure hole. 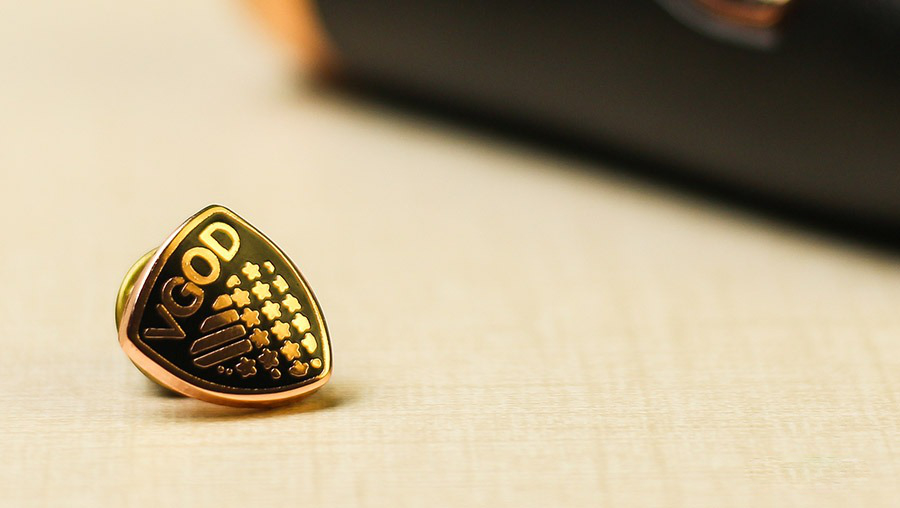 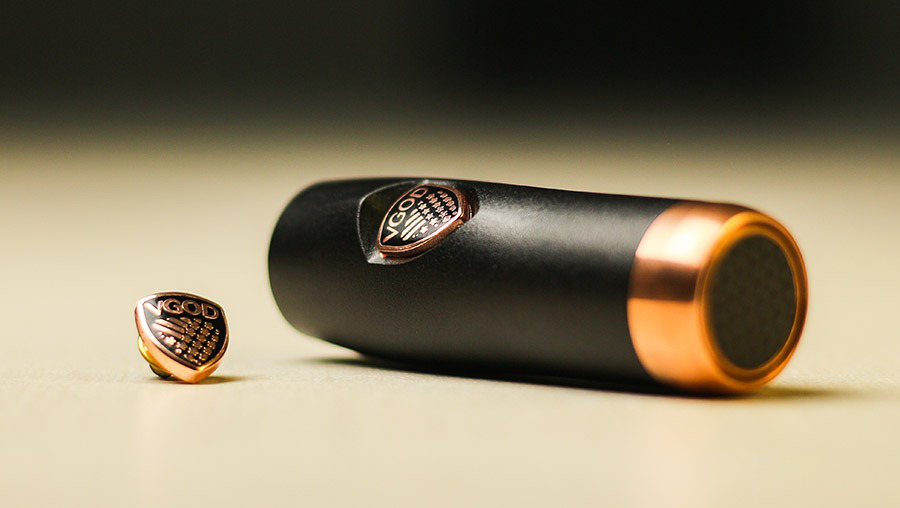 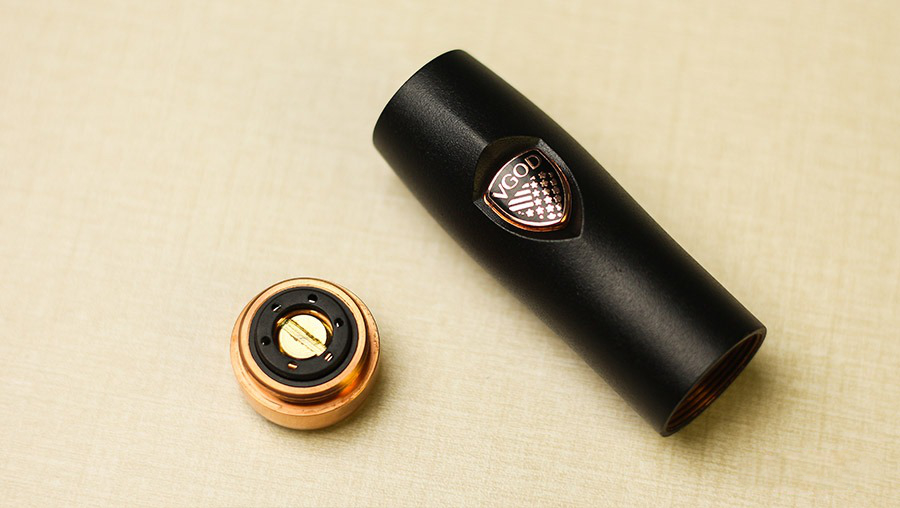 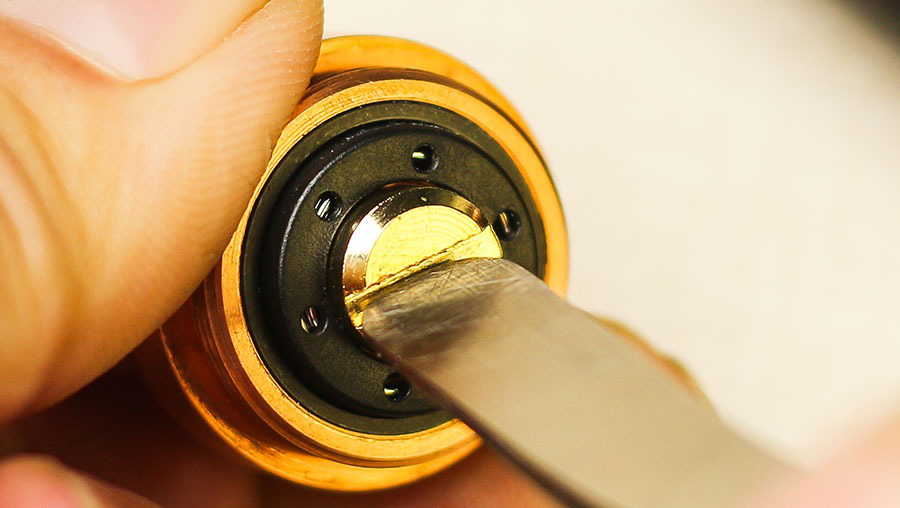 Will switch off to see the structure Although the VGOD Elite Series Mech Mod and the previous generation PRO Mech Mod almost, but in the details of a vast improvement. 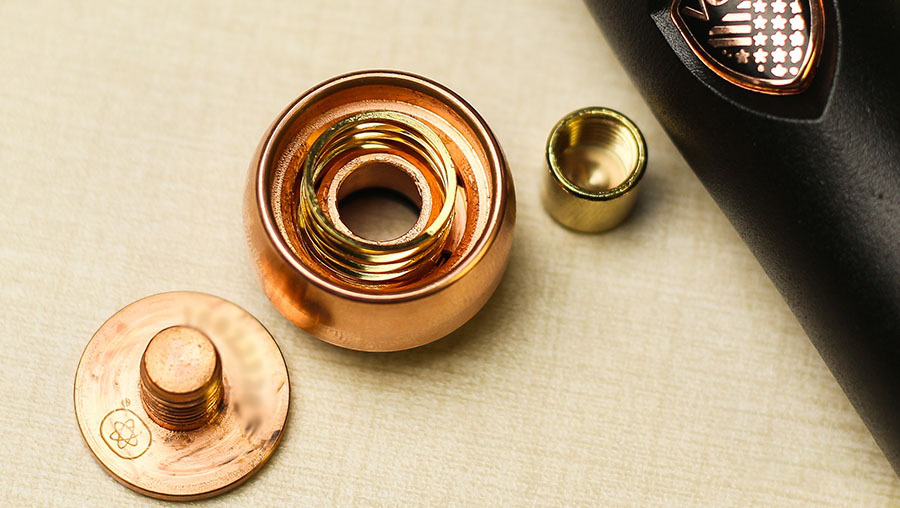 The first is to increase the switch on the six explosion-proof pressure hole. Followed by the negative part of the switch into a screw cap, an increase of the volume of the connecting rod portion of the current through. While also avoiding the local resistance of the switch caused by local high temperature.
The bottom of the switch also uses a carbon fiber material, non-slip at the same time can improve the feel. 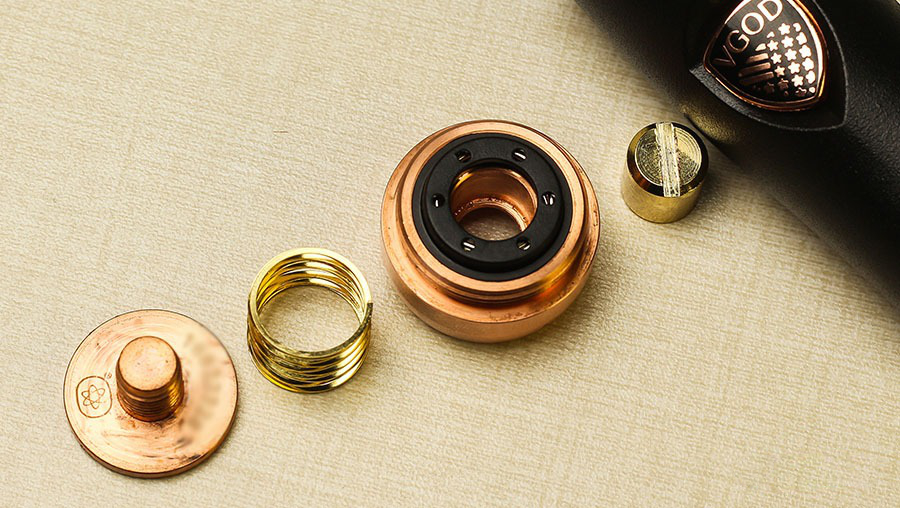 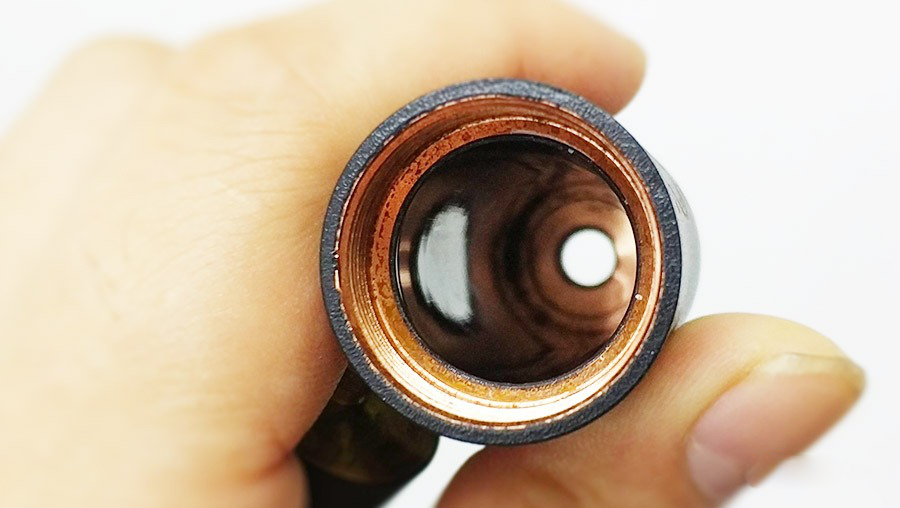 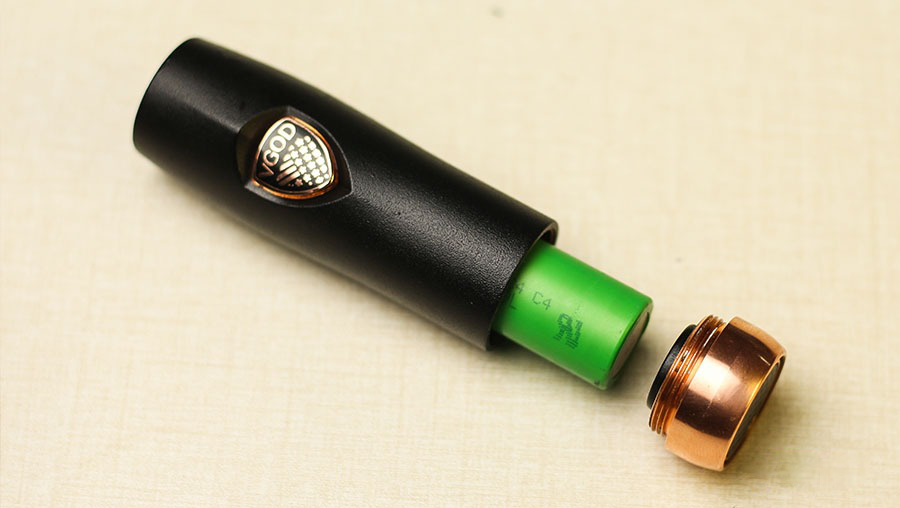 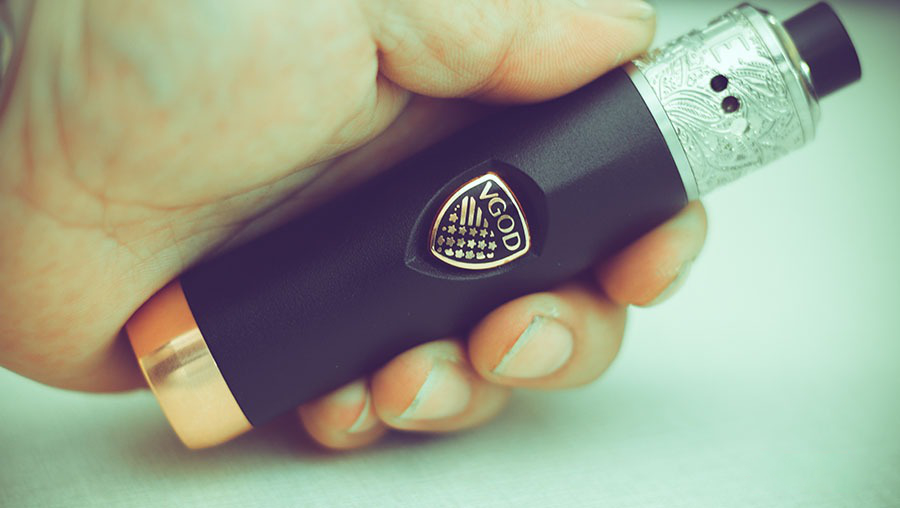 Although the vape market has a significant number of special-shaped mechanical rod products, VGOD Elite Series Mech Mod’s shape is more different. In fact, to pursue the unique way, it is better to say that to seek a better sense of grip, in the experience VGOD Elite Series Mech Mod grip comfortable, whether it is the middle finger or little finger to use, feel very comfortable. 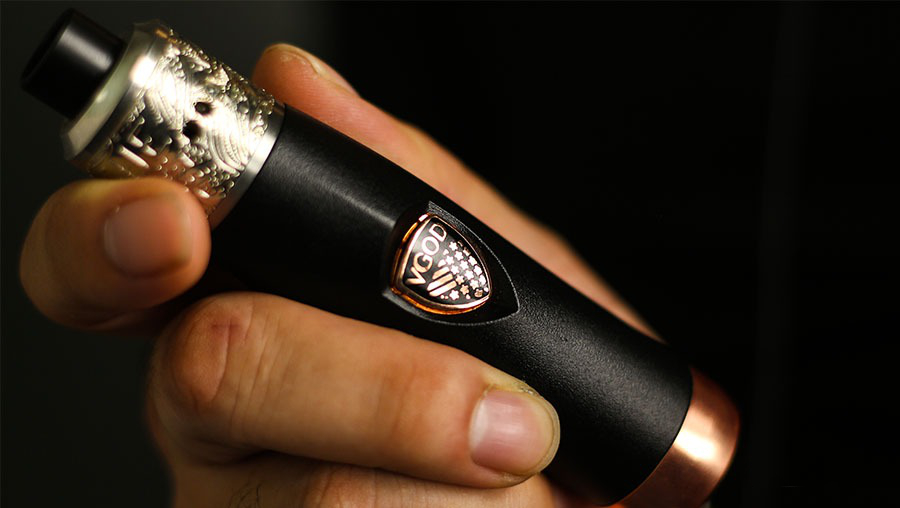 The shaft of the paint is relatively stable, the daily use of the color did not find the phenomenon, but the bottom of the thread with the switch contact with the switch friction will often exist in the paint event, but after the installation of the switch does not affect the appearance.
The bottom of the copper switch will be the outer layer of oxidation, in daily use should pay attention to maintenance, wipe with cotton can often remove the oxide layer, you can also use the copper paste to make the switch bright as new.

VGOD Elite Series Mech Mod Although the size is not large, but the material is still very full, shaft weight 215.5 grams, the installation of the battery and the atomizer about 320 grams or so, start feeling heavy.

VGOD elite series Mech Mod as VGOD second mechanical rod in the overall shape is still unique, the overall conductivity than the previous generation products have some enhancements, optimize the pressure relief hole and switch part of the design, the use of more comfortable.
The actual test switch key way slightly shorter, the overall feeling of hard, use a few days after the feel will be improved, more suitable for the short-term start under the vapor. 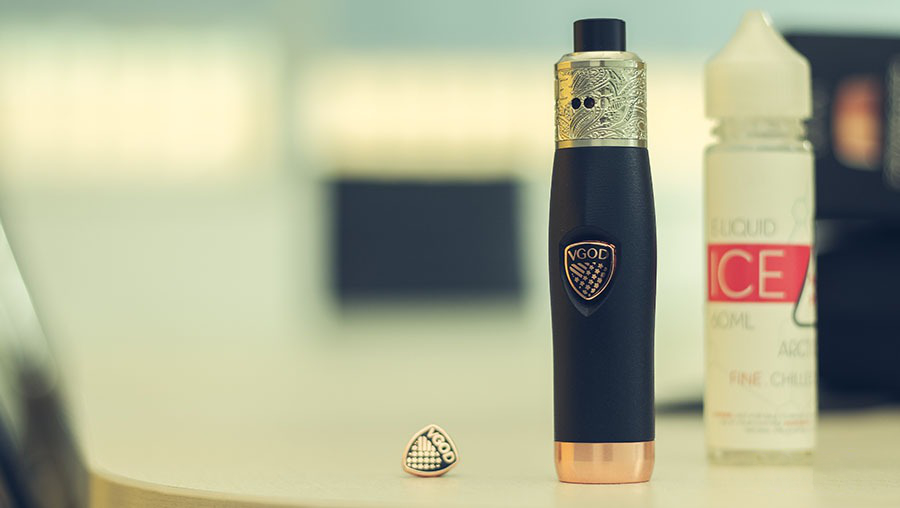 Overall look VGOD Elite Series Mech Mod more selective atomizer that is more appropriate for use with VGOD series of atomizer use with other brands, longer length of the oil atomizer, the effect is difficult to coordinate. 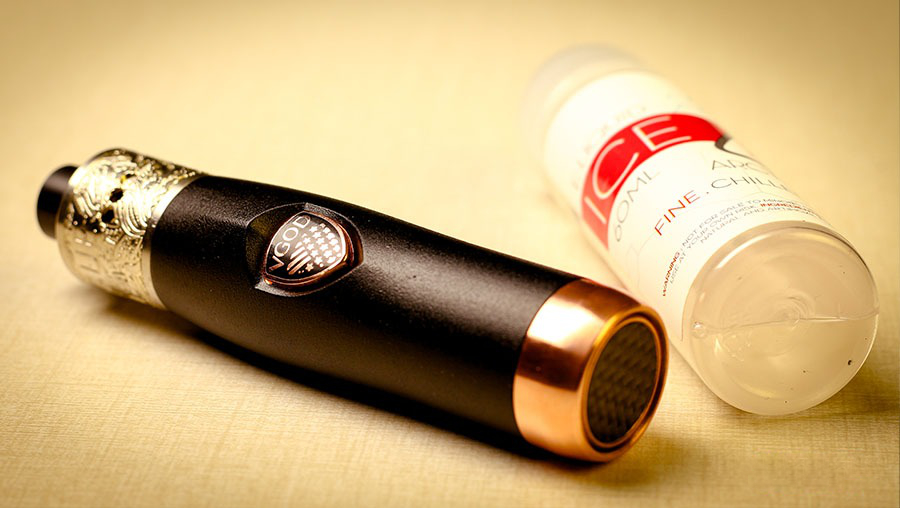 VGOD Elite Series Mech Mod In addition to the pole, the package also comes with a VGOD shield logo brooch. VGOD fans seem to have to buy. 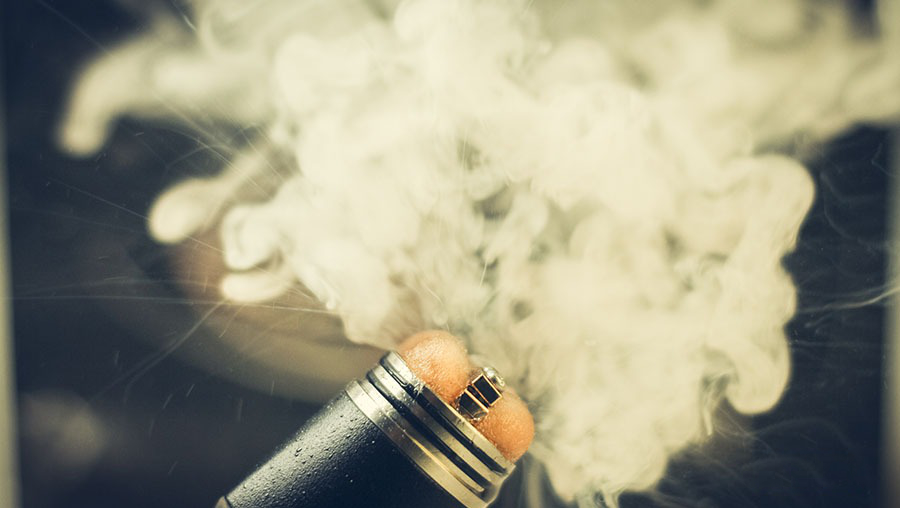 Finally, what do you think about this VGOD Elite Series Mech Mod? Will you start? Please share your comments in the text! Thank you for watching, see you next time!