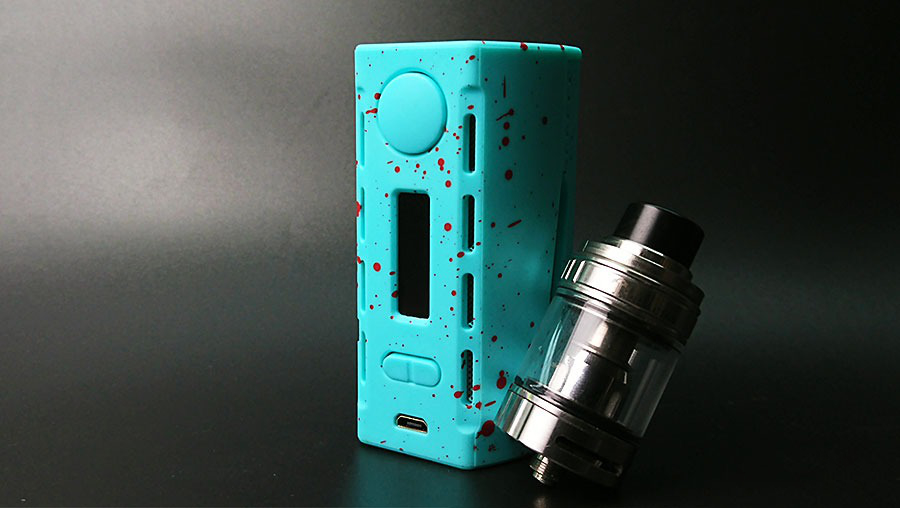 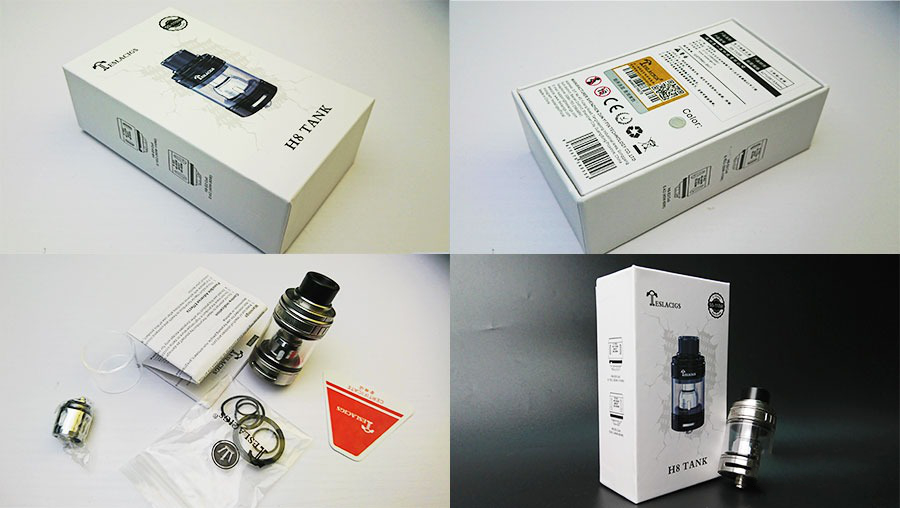 The simple style of packaging, content is also straightforward. Are: 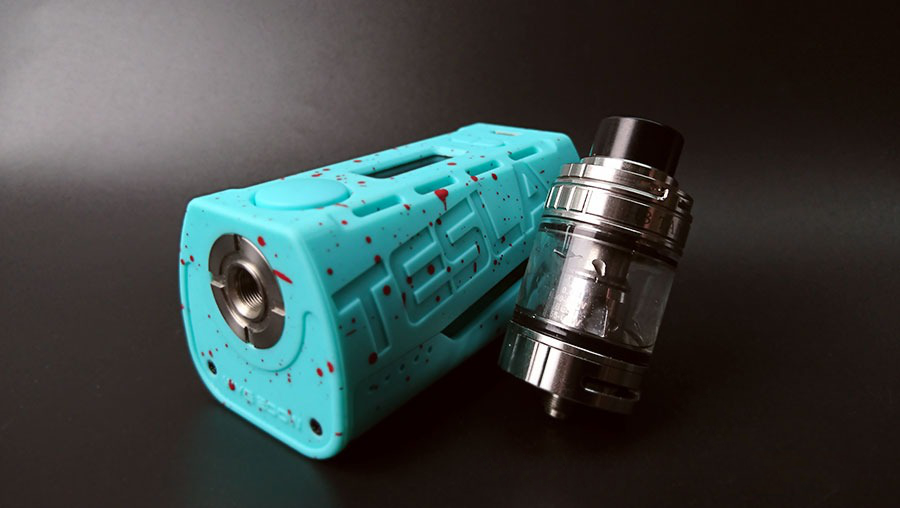 All stainless steel-made atomizer main body with black components. Giving a freezing visual experience. 25mm diameter to bring this atomizer 5ml huge capacity. The vertical stripes on the cover and the base allow people to disassemble the atomizer better. Modeling is more resistant to the classic style. 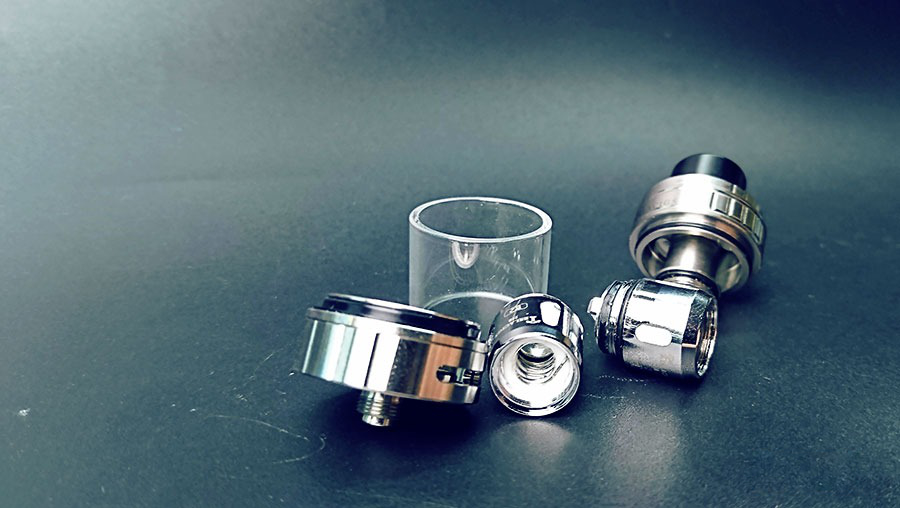 The atomizer can be divided into:

Insulated material does not use the conventional nozzle interface, but the use of a threaded interface, the mouth of the mouth to do a slightly inverted cone treatment, can control the condensate play a particular role. But the bottom of the interface or a particular gap, you always need to wipe. 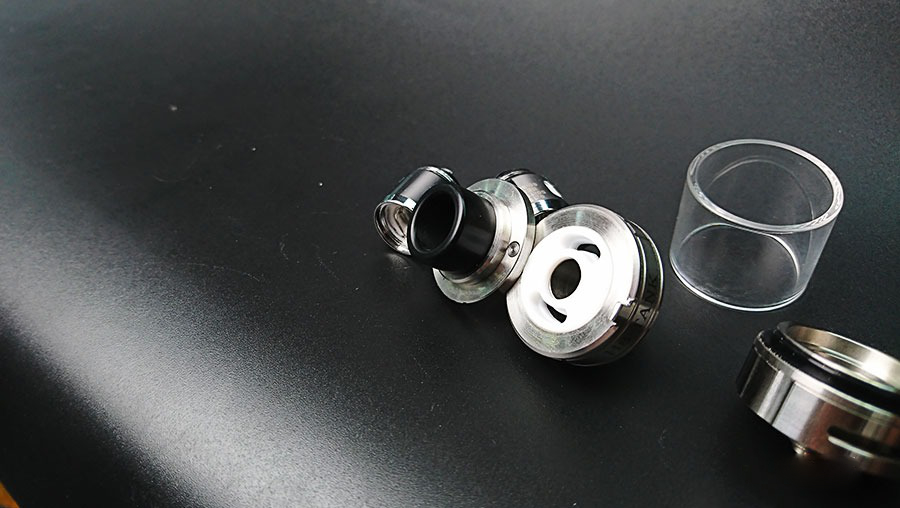 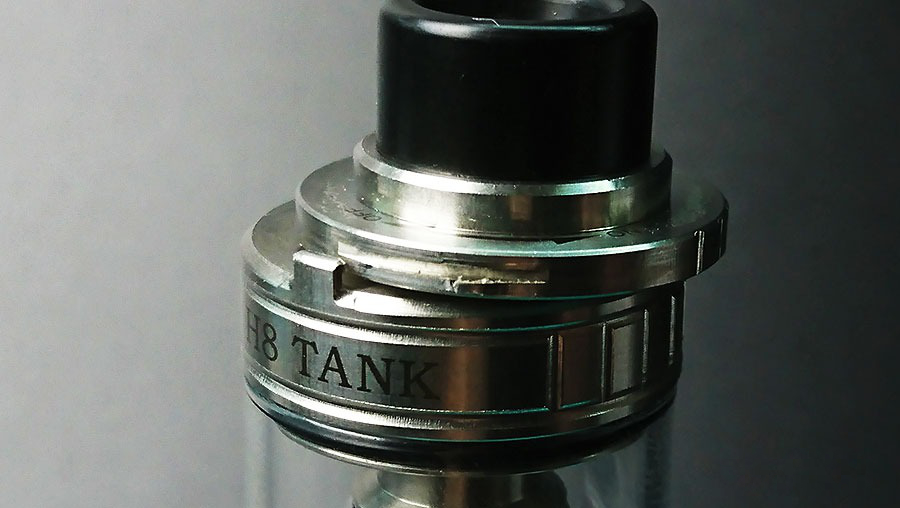 We can see in the top cover there is a limit mechanism, in the top cover close, due to the internal pad of the elastic, increased the roof and the oil ring between the damping force, so that the cover is not easy to carry When the accidentally slide open, while the structure also limits the top cover can not be infinite rotation. 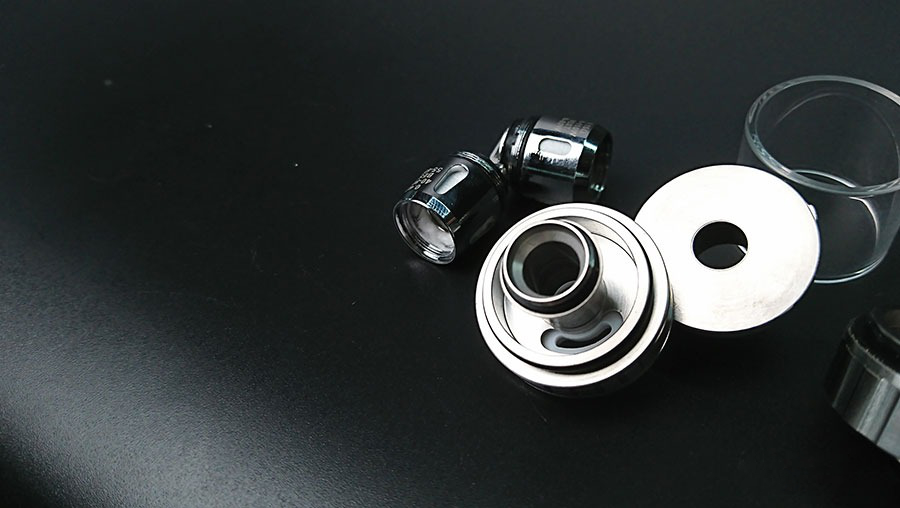 Under the top of the lid and the connection of the atomization of the flue inside the do a small inverted cone structure, efficiently compress the smoke, enhance the taste of the rich degree. 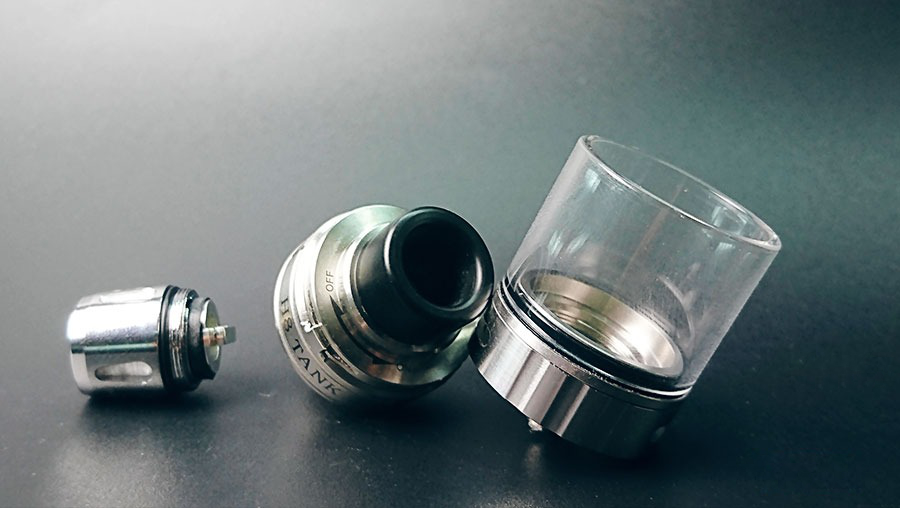 The work of the warehouse is also more good, surrounded by rounded hands without texture, the overall and did not find the production of flaws. 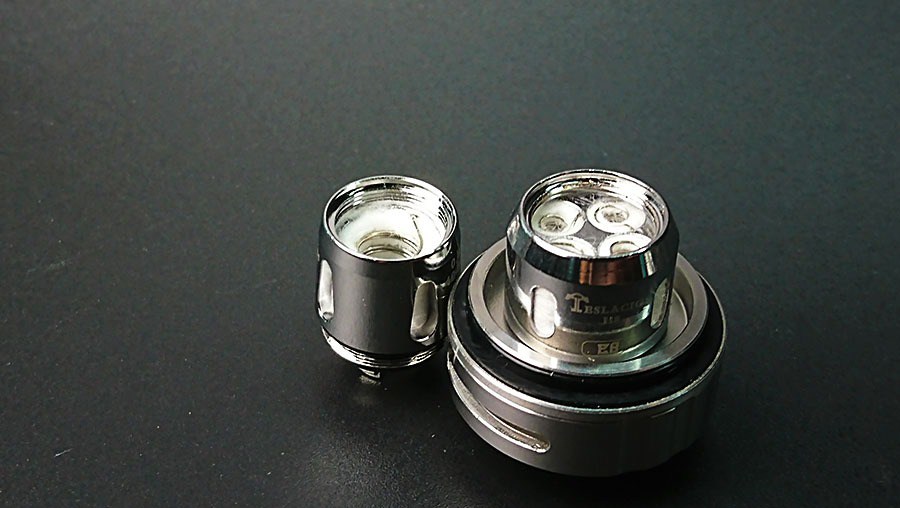 This atomizer offers a total of two finished cores:

The middle of the base of the interface to do the subsidence treatment, as much as possible to the introduction of oil into the oil hole, but because the atomization core port and did not do the bottom, so there will be a small part of the smoke can not be absorbed.

Found the problem as well as the taste of smoke 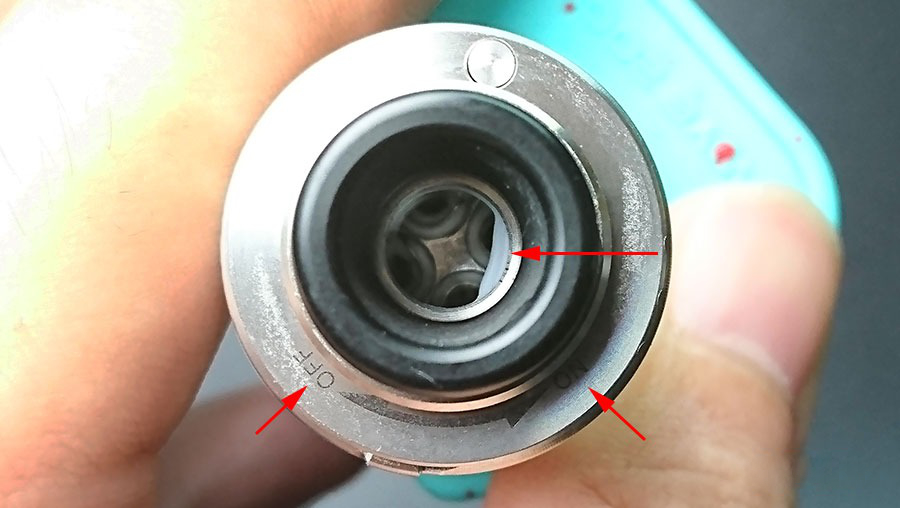 As the oil seal hole around the sealing pad is too thick, in the complete closure of the situation will appear in the figure, but do not worry, does not affect the sealing effect. The bottom two arrows indicate the opening and closing directions of the oil cap. 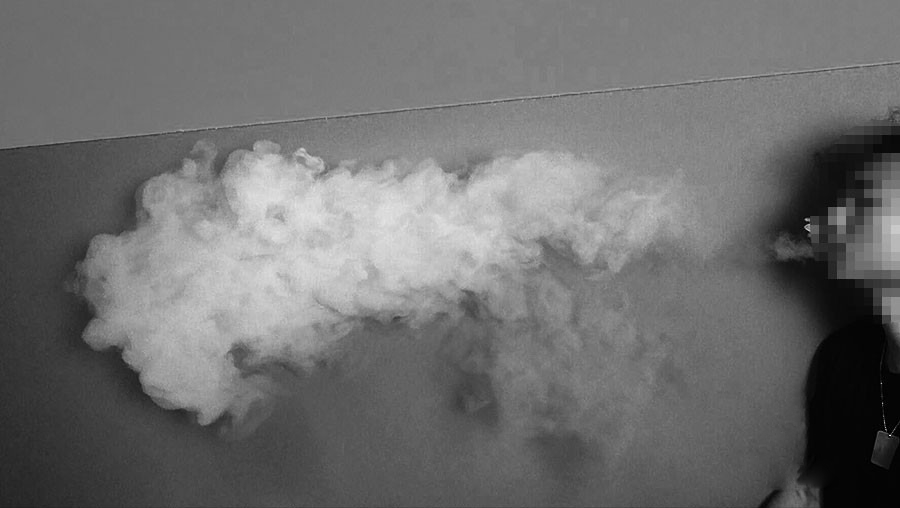 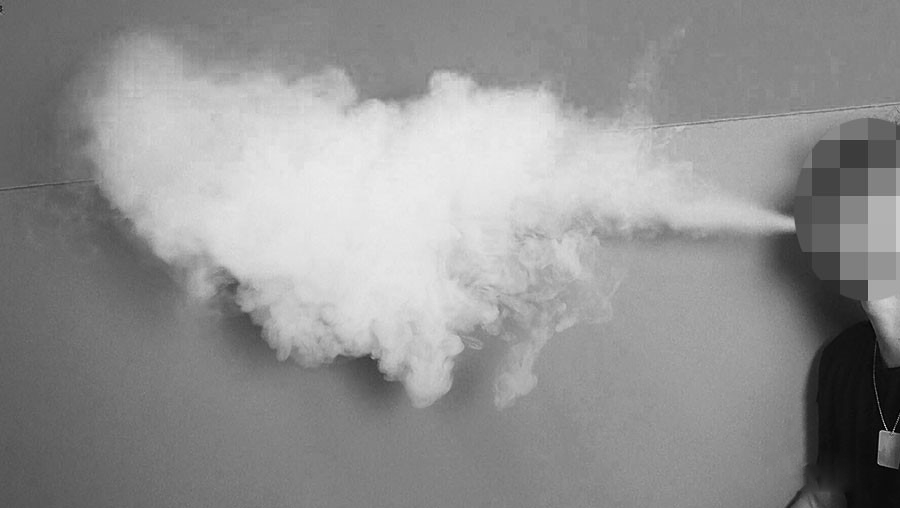 Although this atomizer in the structural design is not very mature, but can not deny its taste is still quite good, but with the product description is not the same, E8 atomization core flavor is more rich, layered and restore Degrees are perfect, but because the middle of the atomization core of the air intake to limit the air flow, so the amount of smoke is not satisfactory. 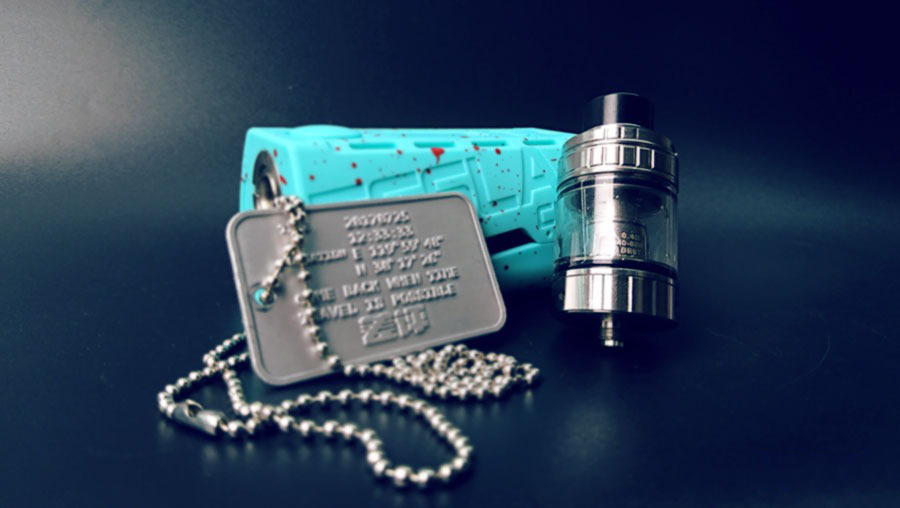 E2 core because of its enormous airway, the taste of the bias into a light layering, in other words, some empty, need to close a part of the intake to enhance its richness, but the overall performance is still outstanding The

Also, the atomizer air intake structure so that this atomizer in the use of E2 finished core mouth when the lungs will cause some level of whistle. 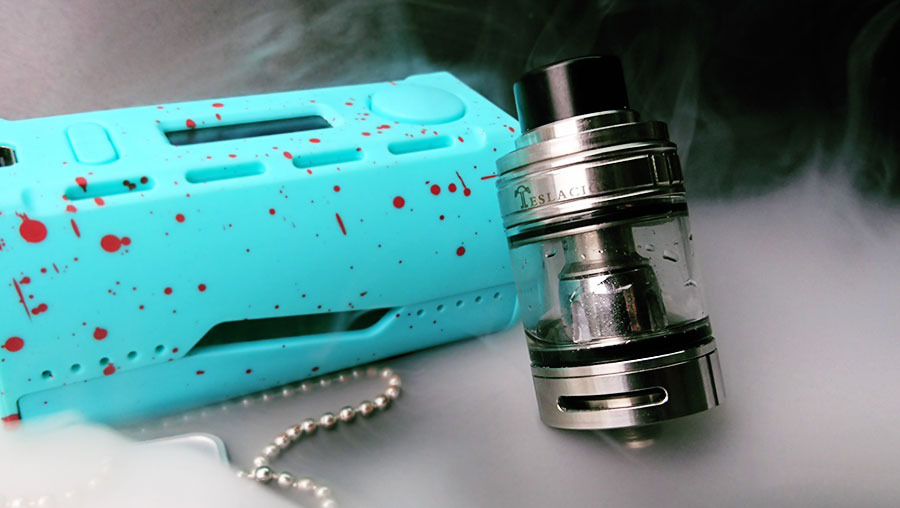 Although everyone has not widely recognized the product, Teslacigs apparently not a stop here in the company, they absorb the essence of another successful atomizer, released such a finished taste-type atomizer, its performance is indeed Surpassed the former too much.

We have reason to believe that with Tesla’s innovation and R & D spirit, will bring you more exciting products, of course, which may have failed, but innovation is the future of the industry. By the way, quietly tell you, wrote in the instructions: support the use of TFV8 BABY finished core.

This may also become a new direction; the future ended atomizer interface began to unify, the brand finished product atomization core can be opened in the general era.